Yvette Bozsik created her production in honor and memory of her recently deceased beloved godfather and childhood ballet master, Albert Mozsonyi. The work is a one-man confession of memories and dreams that celebrates the cycle of life and death.
The dancers in the play depict well-recognized, typical characters who meet somewhere at the same time and space and then separate their paths. The dreamlike but naturalistic world of different scenes and choreography was also inspired by the creators' own childhood experiences and impressions, which are based on the dynamic alternation of humor, grotesque, absurdity, dance, theatrical instruments and acrobatics.

2nd part: Inversedance | Zoltán Fodor Company: You and the World

Lőrinc Szabó, the two-time Kossuth Prize and József Attila Prize winner poet and translator was one of the most outstanding creators of the 90s. He left behind a rich oeuvre, enriching Hungarian culture as the great figure of the Hungarian lira. In addition to creating his works, we can thank him for reading and sharing the works of iconic writers and poets of world literature, such as Shakespeare, Johann Wolfgang von Goethe, Moliére, Guy de Moupassant, and Thomas Hardy, among others in Hungarian. With our newest piece, our company pays homage to the work of Lőrinc Szabó, on the occasion of the 120th anniversary of the poet’s birth.
The „You and the world” would like to create imagery inspired by the poems from the volume with the same title. This depiction symbolizes and presents the thoughtfulness of the poems from this period of the poet’s life. Nevertheless, it goes beyond the concrete words and gives space for free association.The piece seeks to follow the poet’s triple thematization of systems of relations, in which, in addition to the “ME”, there is the “YOU” defined relative to the “ME”, and the environment surrounding these two.
This triple system provides an opportunity for a quite intimate representation, in which the “ME”, as a self-address, observes the recognized or subconscious discursive desires and constraints of the “YOU” as an external observer. On the other hand, approaching from the big world, it depicts the relationship between the masses and the individual in different ways. 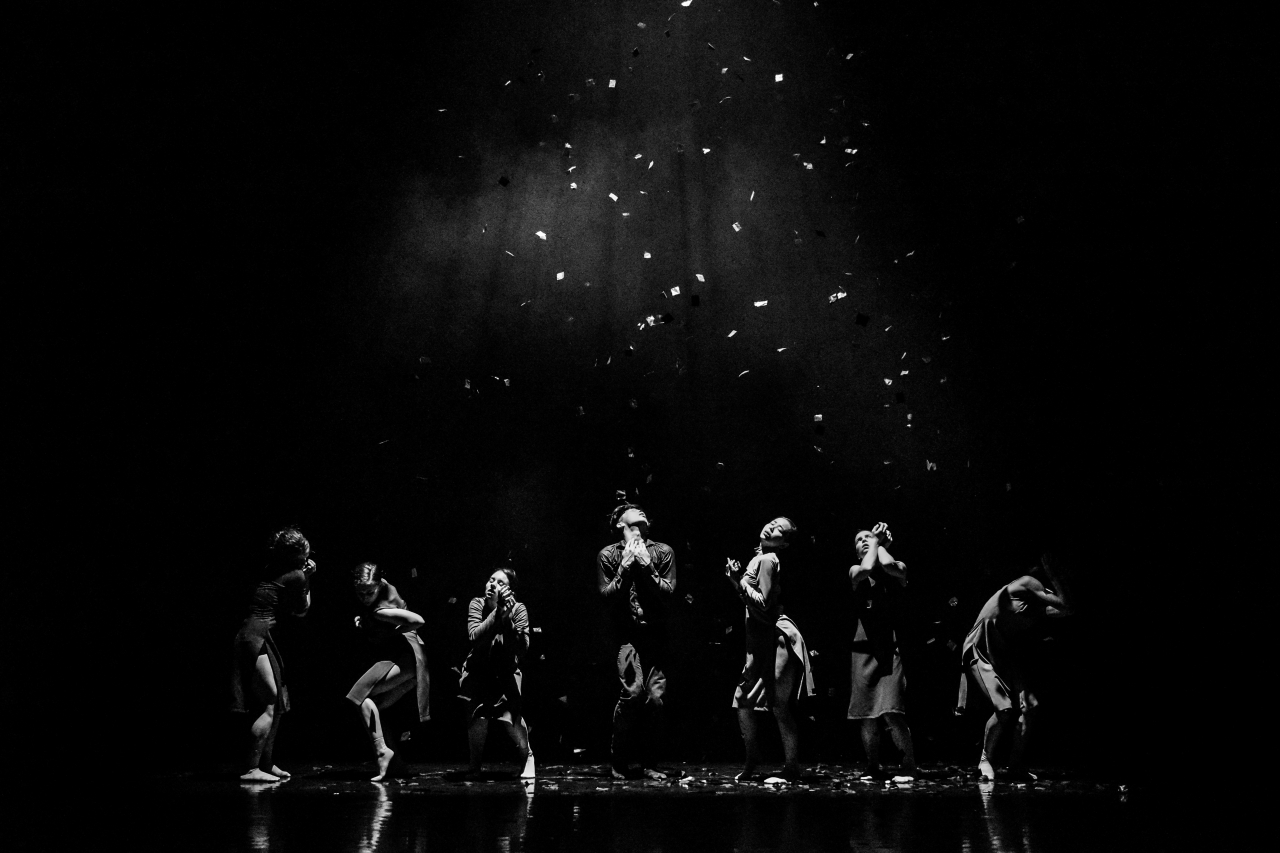 Our present-day society raises the question of what it means to be a woman today and at any time around the world. In this performance, two women – two individuals – seek the answers, independently from, and in relation to each other. They represent to each other the friend, the rival, the sister, the mother, and sometimes they are each other’s projections and counter-poles. Although they are different, the expectations of society towards them give birth to their common fate. The piece approaches the topic unveiled, with rough sincerity and dry humour.

The dynamism of the 21st century, restlessness, overheated eroticism, unscrupulousness and the feeling of bleakness can also be spotted in the dance language as well as in the visual and musical world of the performance. The conclusion of the piece is much more a question to the audience rather than an exact answer. How is a woman capable of a true achievement? How is she related to the issue of masculinisation? How can she cope with her own reflection, addictions and with time, which is her worst enemy?