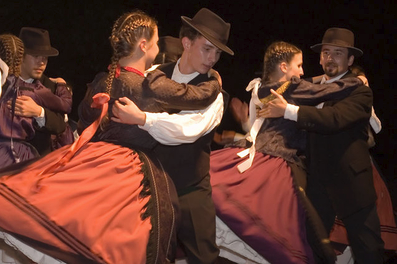 The Sky from my Father's Window provides a glimpse into one of life's most important secrets: how we strive to become men, and how this process is a struggle that nevertheless occurs imperceptibly. A child sees his father in his mother's reassuring embrace - this is the loving starting point from which the "adventure in dance” commences. Just like the word "life”, the word "father” has a different meaning for everyone. This is why our production is, very simply - by way of a recollection at the end - a prompt for us all to think the same thing: of everyone's father. Women are involved in our story just as men are, since one cannot exist without the other. Here, we take a peek at once into both past and the present.
Using all kinds of devices, both dramatic and taken from the everyday, The Sky from My Father's Window leads us through an imaginary story, treading the path marked for us - and for the viewers - not only by means of dance and music, but also with puppetry, film and the spoken word. This is not a "traditional” dance performance in terms of either its music or its dance steps, but every single movement is nourished from ancient roots, sincerely respecting the past as it draws and depicts - with its own songs and movements and its unique form of language - the many-dimensional emotional bonds of a father-son relationship. The piece is, at the same time, a form of thanks, relating the pleasure of walking in the footsteps of our ancestors and the traces they left behind. The production finds a place for pain alongside beauty, weeping and gaiety - somewhere we can be at peace with ourselves. A child is watching his father, who himself is staring at a picture hanging on the wall - the picture shows someone - perhaps one of us, spying through the wall a child, watching his father... 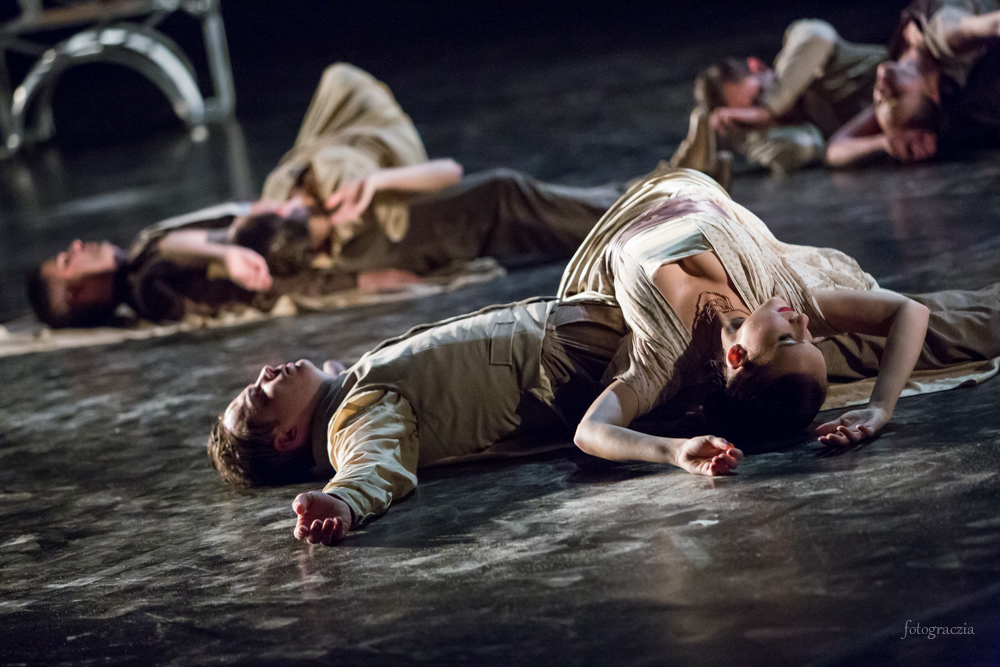