The Body Language Project is strongly influenced or rather determined by the space it is performed in. Similarly to earlier projects dancers explore the most peculiar venue for dance in town: Cella Septichora, the centre of the late Roman Christian Necropolis.

Greek dance with the Pyrgos Folk Band and Dance Group 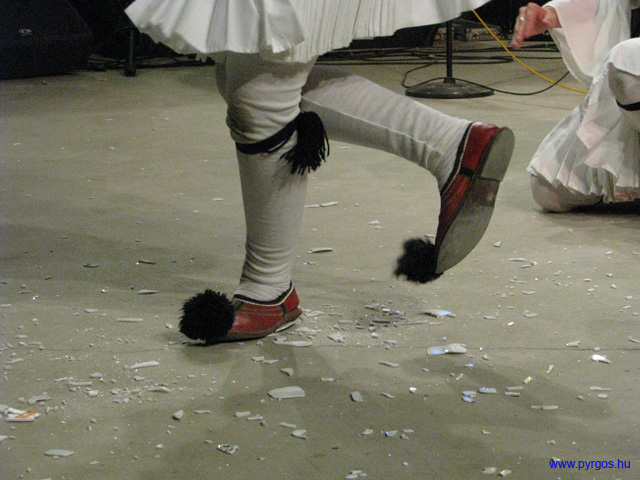 -ballet in 2 parts based on William Shakespeare’s comedy -

Length of the performance 2×35minutes

Ballet Pécs was reborn in 2017 by becoming an autonomous ballet company of the town after belonging to the Pécs National Theatre for 56 years as its dance department.
The very first premiére of the now independent Ballet Pécs is Shakespeare’s evergreen about the all-time witty woman. Our ’shrew’ is cunning and wily. Seemingly, she is in the background. However, she is the one in control. Our performance tries to depict the relationship between man and woman, their eternal fight to outwit each other. One uses strength, the other deploys cunning stratagem. Finally unity and togetherness win while both parties may feel the sweet sense of triumph. We aim to revive the wonder of the Renaissance with a 21st century form and movement language that has the rythm of the present as well as the spirit of Shakespeare. The stage and costume design and the original music composed to the ballet all serve this intention.